Public space will be key

As the Pratt City neighborhood charrette wrapped up last night with a public presentation, it’s clear that while the citizens and private property owners (including US Steel) should play a major role in rebuilding, the City itself owns or controls a lot of key property in the neighborhood, making its participation vital.  The neighborhood, while heavily damaged, still retains solid urban building blocks: historic bungalows, walkable commercial centers, interesting view corridors, large old trees. When you think of public buildings and spaces in this City, the last 50 years or so have been mainly disappointing. Reflecting a national trend, the public got used to government-sponsored projects as lowest-common-denominator affairs. Functional, but with little care given to creative, inspired design, these buildings are often fraught with ongoing maintenance issues, further diminishing their already ambiguous stature. 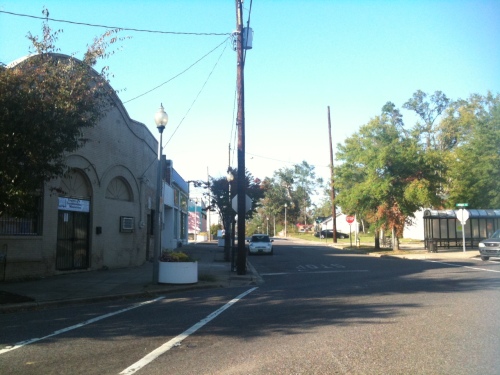 Now if someone could just bring back the streetcars

Above is the intersection of Carline Avenue and Avenue U in Pratt City, showing nicely scaled historic buildings that originally responded to a major streetcar line that connected the neighborhood to downtown. Any eye attuned to urban sense-of-place can see potential here. How can the City best direct planning and investment from a design standpoint here and elsewhere in the project area?

There have been several recent articles discussing New York City’s recent renaissance in public architecture, including today’s New York Times (discussing the new children’s library in Queens, by 1100 architect, above) and Architectural Record (showcasing a series of mainly smaller scale, thoughtful public projects). A big part of this new direction for public buildings comes from the city’s Department of Design and Construction, which has revamped the way it does business. Gone are the days of just accepting low bids for projects. Now the city has a competitive fee structure that encourages younger, smaller firms to take on projects under a certain dollar limit; mandated standards of sustainability and design excellence have made public projects exciting to architects to bid on again. 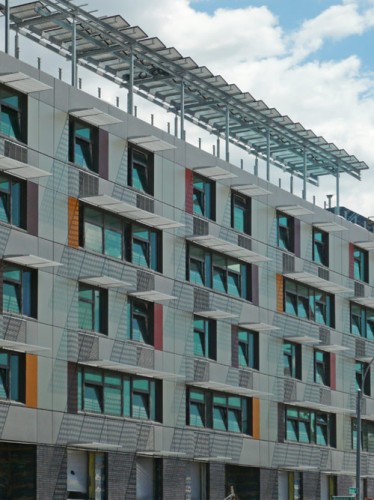 Not your father's public housing in the Bronx

This commitment to design excellence is reflected in an affordable housing project in the Bronx, Via Verde (pictured above). Designed by Grimshaw Architects and Dattner Architects, the quality of the massing, detailing, and street engagement are refreshing and inspiring to see in a part of the City not normally on the receiving end of design “frills”. The thoughtful layout includes cross-ventilation, rooftop vegetable gardens, a large fitness center facing outdoor play space, and other “healthy design” items to encourage its population to lead healthier lifestyles.

Good design can inspire users and neighborhoods alike; it can also be a great way for cities to get national recognition. Birmingham would be wise to reconsider the design standards for public projects, and a more selective process tied to these standards. Maybe we need our own Department of Design and Construction, charged with setting a new tone for tax-payer investment in public projects. And Pratt City could maybe..become a national model for neighborhood rebirth through good design.

[thanks to the Birmingham News for the Pratt City pic;  Architectural Record for the Library pic; archdaily for the Via Verde pic]

This entry was posted in Uncategorized and tagged 1100 architect, Dattner Architects, Grimshaw Architects, New York Department of Design and Construction, Pratt City, Queens, The Bronx, Via Verde. Bookmark the permalink.