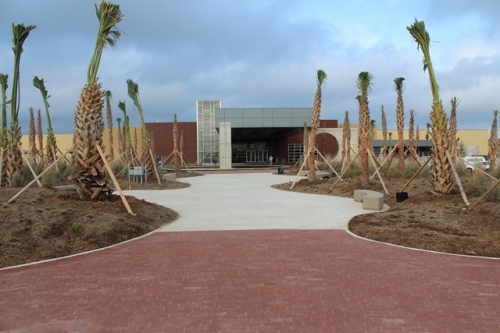 The new McAllen, TX main public library has recently reopened, moving from more cramped quarters of 40,000 SF built in 1950 to a brand-new facility of 123,000 SF. Beyond all the extra space, what makes this special? It’s special because McAllen was faced with an all-to-familiar situation: a Walmart retail store had gone dark, leaving a massive empty shell. This former store is now the new library (above).  It is the largest single-floor library in the United States. The design team was Boultinghouse Simpson and MS&R. 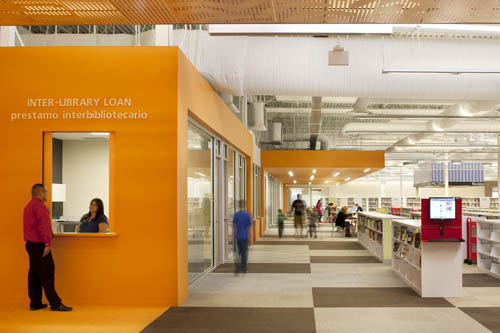 Walmart is seen as a neighborhood savior by some, and a small-business killer by others; it is a fact of modern life that municipalities fight with each other to offer the most incentives for Walmart to open a store. The appeal and enhanced traffic/revenue often fades as local merchants can’t compete and close down, and other neighborhoods or municipalities offer more attractive sites and incentives: suddenly that huge, hulking store is vacant, taking the rest of the surrounding development into a downward spiral of lower traffic, lower rents, and more vacancy. Birmingham City Councilor Stephen Hoyt falls into the category of Walmart opponent, and has been vocal about not wanting that retailer anywhere near the Fair Park redevelopment area. 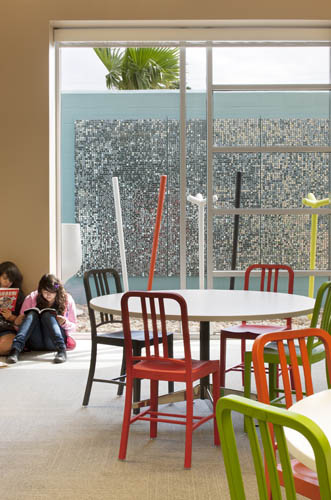 Letting the light shine in

Lots of cities are stuck with empty big-box stores. Not all have the vision and wherewithal of McAllen, which had a population of about 8000 souls when Birmingham’s grand new main public library was built in 1927 (to serve a population of about 259,000 souls). McAllen has recently been one of the fastest growing metros in the country (city pop. is about 130,000 now with a metro of 775,000). The new library has met with great success as a community center, learning environment, and family programming hub. It has been packed daily with all ages, and all walks of life. 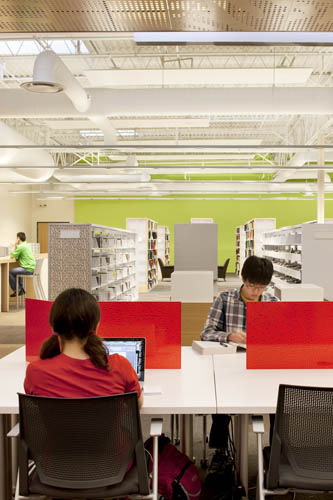 The colors of the future

It’s especially inspirational to see a project that recycles a vacant building for a great  public purpose. Our own main library building (designed in 1984 by KPS Group; the 1927 original became the research annex) is now fairly obsolete in terms of what libraries need to do today. If we could take that shell and completely reconfigure it, what would it look like? How would it better serve the neighborhood, and the greater City?

In the meantime, kudos to McAllen for taking a typical piece of urban blight–the abandoned Walmart–and turning it into a civic asset.

[thanks to Cesar Garza for the exterior pic; financeandcommerce for the others]