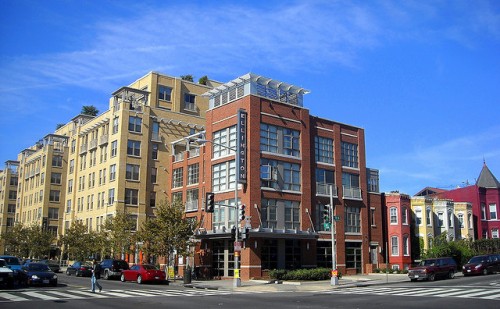 Did they get it right?

This blog tends to applaud urban density, deeming it essential to healthy, sustainable neighborhoods. Density is often defined by the amount of people occupying a square mile (or acre, or hectare). But what is the ideal level of density? How can that be objective rather than subjective? Is there a tipping point where you can have too much density? (Above is infill mixed-use construction at the corner of U Street and 13th Street in Washington, DC, a city with roughly 9500 people per square mile. Compare that to the City of Birmingham’s roughly 1500 people per square mile.)

We intuitively know that below certain levels of density, it’s hard to have adequate transit systems, walk-able streets, successful commercial areas, adequate greenways and natural areas, wise conservation of resources, etc. A fascinating article written by Lloyd Alter over on treehugger attempts to objectively analyze urban density, and arrives at some interesting conclusions. 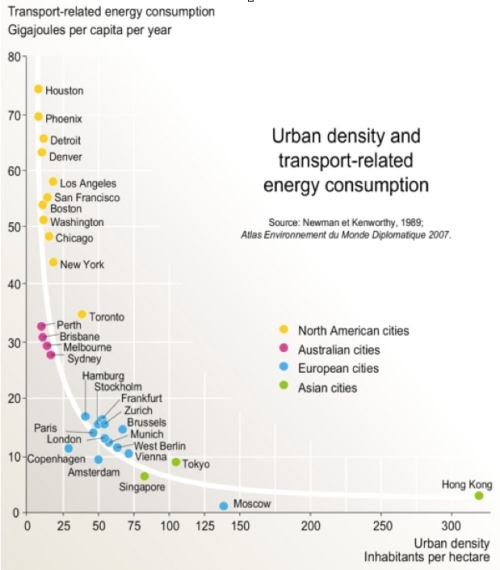 So is NYC the best we have?

One of the article’s illustrations is the above map (courtesy UNEP) that shows urban density along the horizonal axis, and transport costs along the vertical. Note that transport costs include private and public transportation. At first glance this graph shows that New York City has the highest US density of major cities, and the lowest transport costs–validating the theory that the denser you get, the cheaper the transportation costs. But looking closer, you notice that Los Angeles, while having higher transport costs (all that freeway driving and limited public transit) has a HIGHER density as a city than New York (which includes very-dense Manhattan but also less dense boroughs). Also, much less dense Australian cities like Perth or Sydney have considerably lower transport costs than New York. So, at least in the middle of the graph, density and transport costs don’t necessarily correlate. And neither do our assumptions about the sprawl of LA vs. the tidy density of NYC. 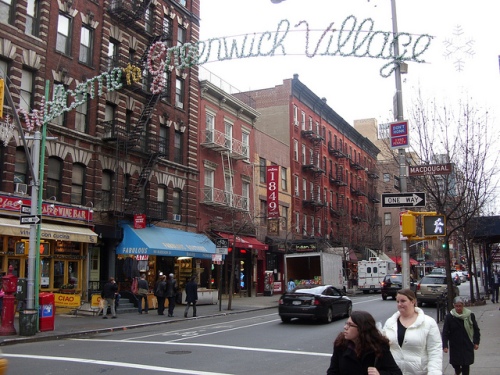 Maybe this is it

Alter decides after examining the evidence that Greenwich Village (above) or central Paris–with their low-to-medium height buildings and small blocks–represent the ideal densities which support good transit, street life, and a sense of community without tipping over into the need for hugely expensive (and energy-intensive) mega-towers, vast parking garages, etc. Paris was largely rebuilt in its current form by imperial fiat; Greenwich Village is a 19th-century layering of former tenements and townhouses. Neither is necessarily possible to “replicate” today. But the issues surrounding urban density in these models and elsewhere are worth pondering as we decide how the Birmingham of the future will look.

[thanks to ncindc for the U Street pic; UNEP for the graph;  frankeggen for the Greenwich Village pic]