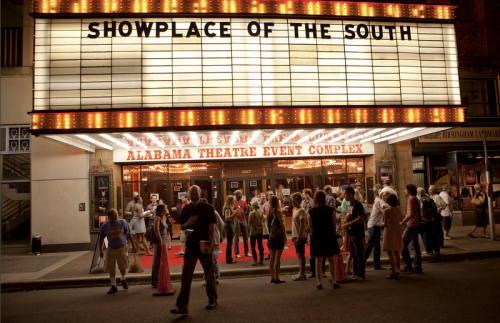 After another great weekend of the Sidewalk and SHOUT film festivals here, Birmingham remains the odd-man-out both in the state and nationally as a major city with no dedicated screens for indie/small distribution films. We need a cinema that not just meets demand for this type movie, but also serves as a hub for the organization that puts on the festivals. Its mission could be community-based with programming and services for school kids, other cultural entities, universities, etc.

Meanwhile in a more fortunate locale

Up in Fairfax, VA–a suburb outside of Washington, DC– the Angelika chain is opening a new cinema to help anchor a large new mixed-use development arranged around a transit hub (above). The power of good film and the power of good transit: two ideas that Birmingham needs to embrace.