This week Alchemy, a new mens’ clothier, opened on 20th Street North between 2nd and 3rd Avenues in downtown Birmingham. Opened by owner Ace Graham, the store is one of the few outside of suburban locations to carry upscale brands which are marketed towards fashion-conscious men. As more and more people live in the greater City Center, “will retail follow?” has been a question on many minds. Thus far, bars and restaurants have been the principal retail outlets filling storefronts. We may be finally on the cusp of seeing a greater diversity of retail options joining food and beverage. 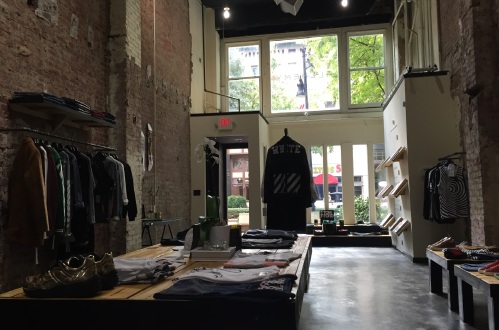 It’s clear from the interior concept (above), whose open, airy space contains a very carefully edited selection of clothing, shoes and accessories, that Graham has been inspired by fashion-forward shops in other cities. The brands– including Scotch and Soda, Puma Select, Nudie Jeans–are available at Bergdorf Goodman and Barney’s in New York, but according to Graham only Saks Fifth Avenue here carries some, but not all of the lines. Many are certainly not sold elsewhere in Alabama. 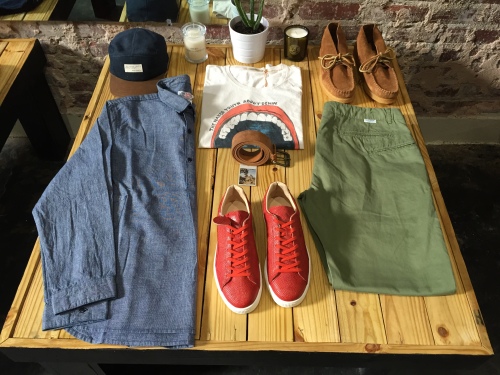 Is it a risk to carry $59 t-shirts and $200 jeans in the middle of downtown Birmingham? Sure. But it’s risk-takers like Graham who pave the way for others to follow. We hope this place is successful, and that it inspires other retailers of various stripes to consider downtown and the surrounding neighborhoods for new projects. Whether mass-market (the new downtown Publix supermarket and Chipotle restaurant), or high-end, or in-between, the urban core should support more retail as the City Center continues to expand its appeal to visitors and residents alike.

If you told even the most wildly optimistic developer a year ago that Tom Ford would be sold on 20th Street North, the news would be dismissed as a joke. Well, now it is (above), and it’s pretty cool. 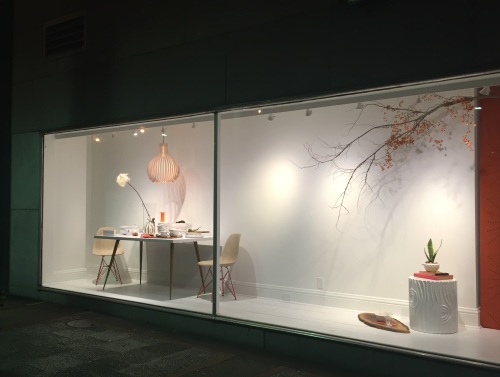 Finally, fading from memory as the years go by is the fact that downtown Birmingham was at one time the principal shopping district for the entire metro. As in many other US cities, retailers stopped investing in downtown properties in the post-war years, favoring suburban locations instead. Bromberg’s, the local jewelry chain, was one of the first downtown retailers to open a suburban branch after the Second World War–but ironically was also one of the last to actually close its downtown location (2009). However, they still put considerable effort into dressing the original show windows (current layout of one of the windows on 2nd Avenue North, above). Who knows, with the prospect of retail returning to downtown, we may even shop at Bromberg’s again, rather than just gazing longingly at those show windows.  Until then, drop by Alchemy to meet Graham and check out something truly unique for this city.