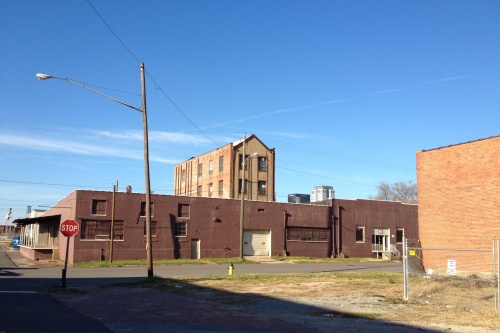 As the City prepares to demolish the 4-block-plus area between directly south of Railroad Park between 14th and 16th Streets South to prepare for the new ball park for the Birmingham Barons, we are about to lose a good bit of historic, warehouse fabric that’s been little discussed. It is the opinion of this blog that the ball park is a good thing for downtown and the City, and that the old warehouse neighborhood around it (tentatively dubbed Parkside) has vast potential to be revitalized into a vibrant mixed-use district connecting UAB to the park. Before the bulldozers arrive, however, it would be great to try to document the buildings that are about to disappear forever (example above). 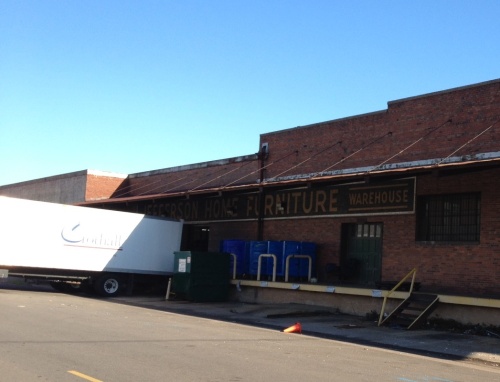 Remnant of another era

Some of these old structures serviced prominent retailers located several blocks north in downtown’s shopping district, such as the above warehouse which still has its “Jefferson Home Furniture” sign prominently displayed. 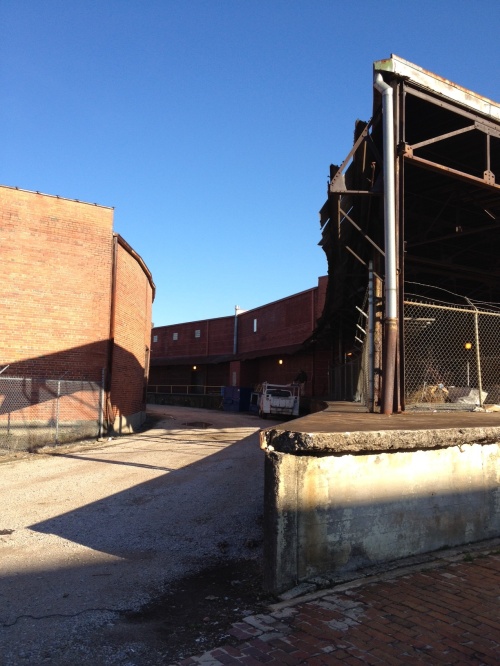 Not something you see here often

In a central city laid out on a relentlessly orthogonal grid, it’s downright shocking to see this curving alley way between two warehouses (above), which followed the curve of a rail spur. Goods could be loaded directly onto rail cars from the warehouse docks. Wouldn’t it be great if the new ball park facility had a graphic display somewhere with images and history relating to this neighborhood and its (unsung) relationship to the better-known areas adjacent to it? 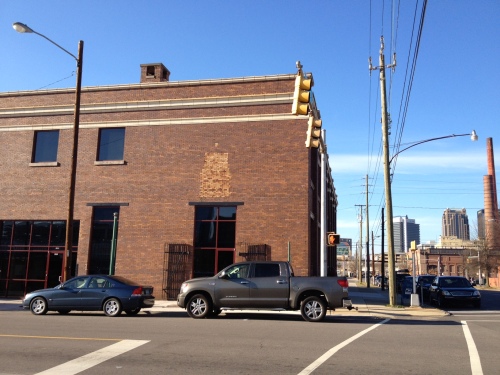 Once these buildings are documented properly, and their history outlined for the public, we hope that upon completion of the ball park many of the surrounding warehouse-type buildings will be renovated to complement new, infill construction in a district with housing, restaurants, bars, shops, offices, and other amenities. A hint of what could come is seen above at the corner of 18th Street and 2nd Avenue South, where the real estate firm Shannon Waltchack moved from the suburbs into a freshly renovated former National Biscuit Company building (they plan phase 2 with loft apartments next door; architect for the project is Cohen Carnaggio Reynolds). 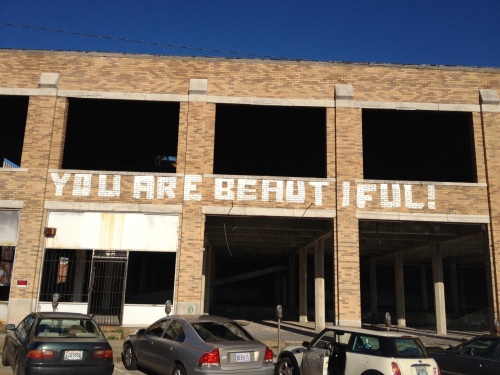 Only a few years ago, the building across 18th Street from Shannon Waltchack had fully rented storefronts. The tenants left and took the storefronts with them; now all that remains is a (still beautiful) shell. Understanding the value of historic buildings is important, and we hope this one can be returned to service. Part of what will make this neighborhood work are built-from-scratch projects like Railroad Park, the Barons park, and proposed new UAB buildings. Destruction of some existing historic buildings will be inevitable. Let’s get them professionally documented before they go.