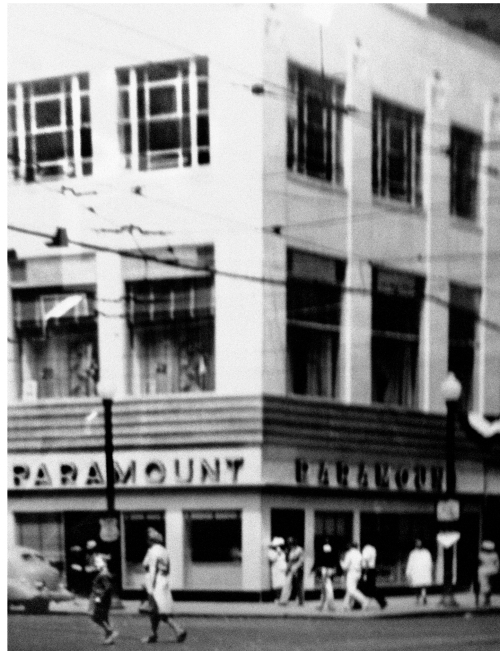 The Paramount yogurt shop at the corner of 20th Street North and 2nd Avenue (above in an earlier incarnation) has started serving a full lunch menu in addition to their usual yogurt and sweets. Downtown needs more dining options across the spectrum, from lunch to dinner. We’re a lot better off than 10 years ago, but still have a long way to go. 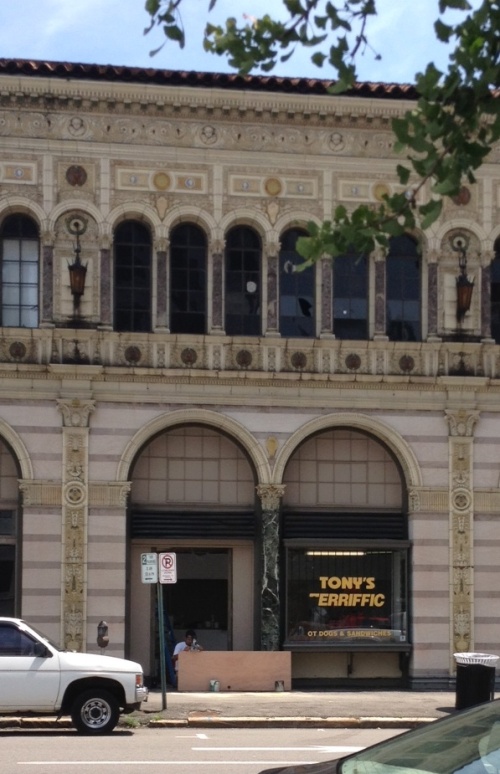 A mix of high and low

A block down 2nd avenue at Richard Arrington Blvd. North, the former Tony’s Terrific hot dog stand (above) is being renovated into–according to the workmen–a new eating establishment, but we can’t confirm that. Many of us miss the hot dogs and chicken sandwiches that Tony Ippolito served here since 1980, following in a long tradition of (mainly Greek-American owned) hot dog stands that flourished around downtown. Today only a handful are left. Certainly the ornate Florentine Building deserves a new tenant so we’ll keep an eye out.

It’s either Subway, or Subway

Finally, over on Richard Arrington Blvd. North in the heart of the BJCC, the above scene was observed the other weekend: literally a line out the door of hungry lunch-goers dying to get into Subway sandwich shop. Why this overwhelming preference for Subway? It’s the only restaurant within easy walking distance of the convention halls (save those within the Sheraton Hotel itself, but none of those face the street or have a public presence whatsoever). This is part of the argument for the Entertainment District currently under construction, which would offer a variety of restaurants and other amenities adjacent to the convention area (although no leasing announcements have yet been made). As has been noted in these pages before, ideally the tenants would not just attract conventioneers, but also local residents and casual visitors: the mix needs to be right.

In the meantime, we hear rumors of more restaurateurs scouting for space downtown. We’re optimistic that the food (and foodie) landscape will expand considerably in the next few years, so hang tight.

[thanks to Birmingham Public Library for the Paramount photo]