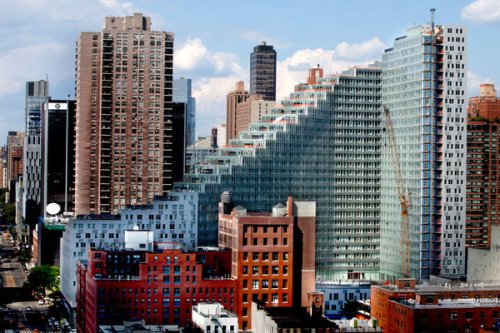 Rather a different scale

New York City and Birmingham do not, for many if not most people, share much in common. One is bursting at the seams with new arrivals and fantastic mass transit; the other struggles with slow growth and not much transit at all. But these two cities happen to be your author’s favorites in the US–and a new opportunity has arisen to take advantage of both (a little corner of a new residential development, above at 54th Street and 10th Avenue on Manhattan‘s west side, will be the new pied-a-terre). We will be looking for ways to enjoin projects and resources in the Big Apple with those we continue to work on in the ‘Ham. We will also be racking up some frequent flyer miles.

It can all fit, I promise

In the meantime, the hunt for apartments in that famously space-poor city makes the recent New York Times article about micro-units all the more relevant. The image above illustrates that City’s effort to revise the local building code–which currently stipulates a minimum of 450 SF for a studio–to allow micro-units of less than 300 SF (full disclosure: your author lived in a 3rd floor walk-up apartment in the East Village which measured a whopping 340 SF). A competition is now underway for designers to produce creative visions for a model micro-unit apartment building, which could then set the stage for more plentiful (and hopefully more affordable) housing in New York.

So, stay tuned for more regarding the new Birmingham-New York City axis. It’s bound to be exciting.